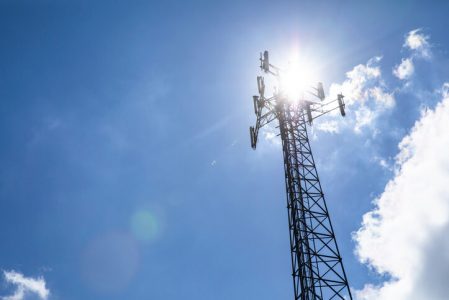 The 5G cellular network is supposed to be all the rage these days. Phone companies are inundating us with ads about how great life is going to be with 5G (nationwide coverage, unprecedented performance, flash loading, responsive gaming, useful information in seconds). They say it will be critical for the smart cities of tomorrow, but what about aviation safety today? Experts are warning that 5G networks are a threat to GPS navigation and industries are starting to band together in protest.

In fact, it’s not just aviation that is fighting the 5G war right now…over 80 GPS dependent industries are asking congress to block a 5G cell network that could potentially disrupt GPS and other satellite based communications. The group, which includes dozens of aviation companies, is trying to get a Senate committee to overturn a decision made by the FCC; a decision that they say threatens the safety of Americans.

The problem began when Ligado was awarded a slice of radio spectrum that is currently reserved for low-power space-based signals. The opposition is afraid that Ligado will use higher-powered cell signals that will interfere with the much smaller energy of the satellite signals – signals that are used to control and direct a large portion of modern technology, including aviation.

The frequencies are currently reserved for the Department of Defense but the FCC decision would allow the Ligado network to run its cell service on them. The concern is that Ligado will not be able to prevent the cell energy from bleeding over to the adjacent frequencies that are used for GPS timing signals that are sent to ground stations and aircraft navigation systems.

The FCC has rejected numerous objections from commercial aviation and military users, which is not good for those of us who rely on GPS for the safe operation of our aircraft. And now there is a growing concern that our radio altimeters are also threatened by the 5G cell signals.

The Radio Technical Committee for Aeronautics (RTCA) has submitted a technical study to the FCC warning that 5g signals, including those coming from cellphones aboard aircraft, can interrupt radio altimeter operations. Once again, the slice of radio spectrum that the FCC is allowing Ligado to use is adjacent to the portion assigned to radar altimeters, systems that use that band to measure the distance between the aircraft and the ground in real-time.

Radar altimeter data is critical information for countless systems and warnings on all kinds of civilian and military aircraft. A failure of these sensors can lead to catastrophic results and must be studied further to prevent such a thing from occurring. The aviation industry warned the FCC last year that additional testing and studies were necessary to evaluate the effects of frequency interference on radar altimeters, but so far, nothing has been scheduled.

Clearly the aviation industry needs support from other agencies and associations to convince the FCC that we have a potential problem here. We must partner with the mobile industry and radio spectrum regulators to ensure that critical aviation systems will be guarded and protected during this inevitable 5G transition. GPS navigation is the way of the future – everyone must work together to guarantee its safety.