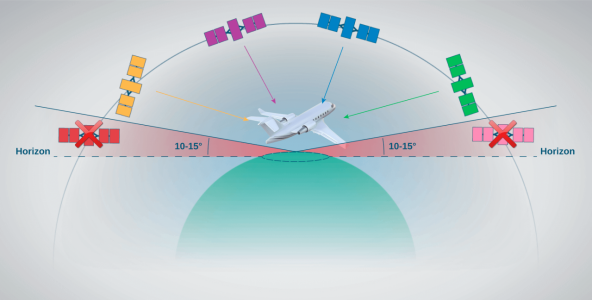 The FAA has reported a widespread problem with the GPS/ADS-B System over this past weekend and hundreds of flights have been cancelled as a result. Delta, United, and American were all impacted, among other GA Aircraft, and officials are working on getting to the cause of this GPS navigation failure.

According to the FAA, certain aircraft equipped with the Rockwell Collins GPS 4000-100, as well as select ADS-B Out GPS receivers have been indicating “ADS-B Fail”, “Unavailable”, “TCAS Fail” or “Transponder Fail” messages. Aircraft that are showing these messages have been directed to coordinate with the FAA before departure and to not fly above 28,000 feet.

Rockwell Collins provides avionics and information technology services and the issue appears to center on some of their ADS-B Systems that send flight data to ground stations. The ADS-B System depends on GPS data to function properly, but a problem with the quality of the GPS data has disrupted normal ADS-B features on hundreds of aircraft.

The FAA is working on the problem, which may have resulted from a software update to the aircraft navigation systems. One of the possible explanations circulating around the internet is that the software update by Rockwell was corrupted. The FAA is stressing that the GPS navigation system is not down, it’s just degraded. The software built into the GPS receiver on each aircraft will determine how the GPS System onboard will react.

If the system fails, the pilots will obviously have to navigate using older systems, such as VOR’s. The aircraft ADS-B system also needs position data to operate, so Air Traffic Control will be affected as well. If your aircraft is affected, coordinate with the FAA before departure and be sure to fly below 28,000 feet. More information will be available soon.