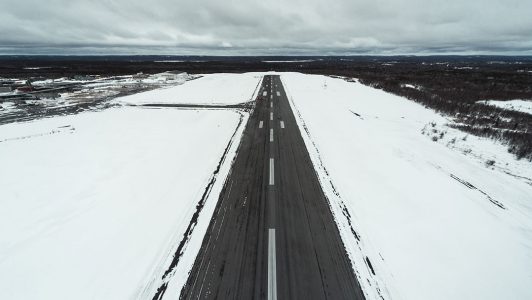 Winter flying is generally characterized by increased weather hazards. Arguably, the most significant of these is icing and its many associated risks. Pilots must be aware of the different types of structural icing they may encounter: clear icing, rime icing and mixed icing. Being able to correctly identify icing and recognize the risks inherent to it are imperative to safe winter flying.

There are two constants or truths that must exist for structural icing to occur. Firstly, visible moisture must be present. This may present itself as more obvious water droplets, such as rain, or less obvious moisture like the condensation present in clouds. Secondly, the temperature must be at least 0° Celsius or cooler. This is based upon the physical place where the moisture hits the airframe. These conditions result in 3 different types of icing.

Clear icing is identifiable by its smooth appearance. This look is a result of how the ice freezes. The moisture hits the aircrafts surface and, rather than freezing immediately, spreads slowly, freezing as it progresses. This means that clear ice can layer adding a substantial amount of weight. As a result, it is arguably the most difficult type of icing to recognize and correctly determine the severity of accumulation.

In comparison, light rime icing is generally lighter and more easily recognized. However, its misshapen appearance and uneven structure heavily impacts airflow, negatively altering the aerodynamics of the aircraft.

The third type of structural icing is mixed. Super-cooled droplets can mix with particles of snow and ice and rapidly build creating mixed icing, a combination of clear and rime icing.

Regardless, of the type of icing encountered, heightened vigilance and increased situational awareness is one of a pilot’s best tools to combat the additional risk.

While icing avoidance altogether is the safest option, it is far from realistic. Proper training and preparation is imperative. It is important to not only be familiar with the different types of structural icing, but to also be able to readily identify them in the air and react appropriately. Being intimately familiar and comfortable with the aircraft’s anti-icing and/or de-icing systems and employing these systems correctly and in a timely manner greatly decreases the risks of flying in threatening icing conditions.