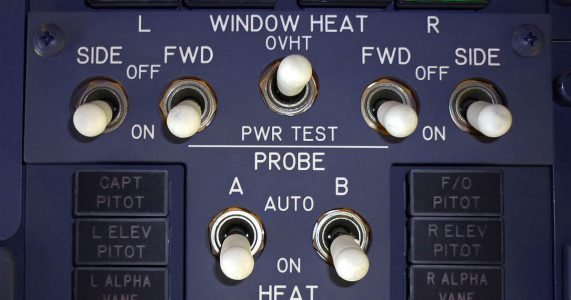 Part 135 or 91 Temperatures matter beyond OAT

Are there really that many ways to measure temperature in an aircraft? And are they all equally important? Now that the temperatures have started to plummet, a review of which values really matter in our day-to-day operation seems appropriate.

What Do All These Temperatures Mean?

The ram rise is the result of heating due to air friction and compression. Think of it as the temperature that the aircraft’s skin feels. Ram rise only becomes a factor at speeds above approximately 200 kts and is proportional to the aircraft speed, so the faster you’re flying, the higher the ram rise.

At jet speeds of .80 Mach or higher, the pilot can expect a ram rise of about 30 degrees C, a significant increase when considering flight in icing conditions.

If you’re flying in ice-laden clouds, it’s important to have a working knowledge of the temperature gauges in your aircraft. You may have one or all of the following gauges: RAT, TAT, SAT or simply OAT. You may even have an ISA readout, but that’s another post altogether. Hopefully, your aircraft is equipped with a TAT gauge, but if not, then conversion charts should be in your AFM.

Regardless of how you determine the value, it is critical that you use the proper temperature to give you the right information while determining the operation of your anti-ice/de-ice systems.

A simple OAT gauge is adequate for computing takeoff and landing performance numbers, but in-flight, the TAT gauge is your new best friend. The total air temperature is what determines the formation of ice on your airframe, engine nacelles, generator inlet, interior fuel tank, and any other aircraft critical surface.

Remember that 30-degree ram rise I mentioned earlier? You can now see that the SAT could be at or below freezing, but the TAT could be a full 30 degrees C warmer! The TAT is the number used when activating your de-ice/anti-ice systems! Most aircraft manufacturers require engine anti-ice when the TAT is below 10 degrees C, but be sure to know the exact numbers for your airplane. This information can be found in the Limitations section of your aircraft manual.

So remember, a basic OAT gauge will help you tell your passengers if a jacket is a good idea, but the many other temperature gauges onboard will ensure their safety during the upcoming winter months!

Make sure you know what all those temperatures mean and how to apply them to the types of operations you perform!