The Role of Crew Resource Management 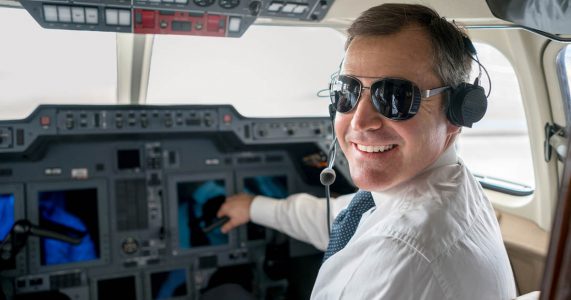 Crew Resource Management, more commonly referred to as CRM, is the study and application of respectful, open communication. It oftentimes examines the different barriers that crewmembers may encounter and emphasizes an individual’s role as both a follower and leader. CRM and its continued development is imperative to improved safety standards and the prevention of incidents. So crucial is CRM that initial and recurrent training is mandated in Part 135 operations through 135.330 and recommended by IS-BAO.

The Tenerife Accident and the Birth of CRM

In March of 1977 a lack of clear communication caused a deadly aircraft accident, resulting in nearly 600 fatalities. The two aircraft involved were KLM 4805 and Pan Am 1736. In short, KLM 4805 took the runaway and proceeded to accelerate for takeoff only to crash into Pan Am 1736, who had just landing, but had yet to clear the runway due to a variety of reasons. While there were a number of events that contributed to this accident chain, the reality is that poor communication was the leading cause of the tragedy that occurred. This incident along with several others resulting from poor communication and pilot error caused reason for there to be a thorough review of all flight procedures followed. The findings resulted in the creation of CRM with a heavy emphasis on standards.

There are a multitude of barriers that can prevent effective CRM. Indeed, shortly after CRM training began to gain momentum it became obvious that certain cultures, especially those founded upon strict hierarchies, faced significant challenges when it came to implementing the practice. Some cultures focus heavily on the importance of seniority. In a cockpit environment where there are very clearly defined roles this proved especially problematic. Young First Officers were reserved and hesitant to speak up or disagree with their more experienced, higher ranking Captains, even if they clearly recognized an issue. Gender is another noteworthy barrier that has proven challenging for some crews. While female pilots are becoming more commonplace, the reality is that women comprise less than 5% of the pilot population. This means that some men may advance for years in their career without ever flying with a woman. Likewise, minorities are working hard to gain a foothold in the aviation community making up somewhere around 10% of the population. All of these differences, culture, gender, race/ethnicity and others such as, religion, language, age and background are potential barriers to effective CRM.

Once barriers and predisposed biases are identified the goal must be to overcome them and create an environment conducive to effective CRM. For most this requires some capacity to reach outside of their personal comfort zone. Perhaps, you are a more established pilot and the thought of flying with a younger pilot with very few hours is uncomfortable. On the other hand, you may be a young pilot and the idea of working with an older pilot, who is stuck in their ways, sounds miserable. The best way anyone can approach these scenarios, in which a predisposed bias has already presented itself, is to very consciously recognize the bias, work to undermine it and always keep communication open. This additional awareness leads to dividends in the form of more successful and effective CRM.