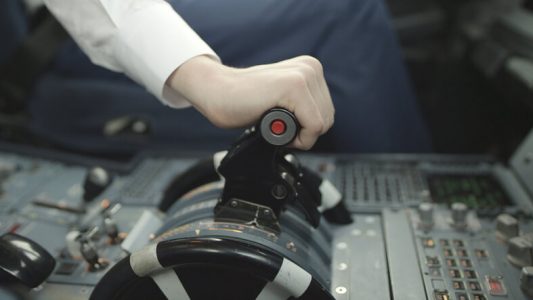 On the one hand, pilots are a trusting bunch. We must be. Many things are out of our control; we don’t manufacture our planes or engines, and we don’t maintain them. On the other hand, we have control over “pilot” things. If we don’t get complacent, our pilot training takes care of preflight inspections, flight planning, checklists, and stabilized approaches, to name only a few.

In a perfect world, everyone does their job, and the flight goes on without a hitch. But, sometimes, someone (or something) messes up, and an attentive flight crew must catch the error or malfunction before it escalates. When mistakes are missed, tragic outcomes are a real possibility.

Case in point: the December 2021 GIV-SP fatal accident in the Dominican Republic. The accident investigation has led Gulfstream to issue maintenance and operations letters (MOLS) regarding spoiler checks for specific Gulfstream models because of hydraulic line connection issues. Nine people lost their lives that day, and a spoiler check before takeoff may have prevented the whole thing.

There was also an image of the plane in flight shortly after departure with only the right-wing spoilers extended. I wonder why nobody said anything while the plane was taxing for takeoff in such a dangerous configuration. And I also wonder why the first officer didn’t look out the window immediately before departure.

BFAT. Brakes, flaps, airbrakes, trim. The four things that can kill you; the four things that need to be visually verified before the power levers come up. Every.Single.Time. In this case, the crew did the spoiler check but did not confirm that both sides had retracted.

The maintenance letters “re-emphasize the critical importance of performing a FULL verification of spoiler functionality on the ground, as detailed in the respective aircraft flight manual or operation manual.” The letters also issued a warning for mechanics, explicitly addressing the need to add visually identifiable marks to the hydraulic lines to ensure they are connected to the correct actuator ports.

The MOLS also specifically said that “failure to reconnect hydraulic lines to the appropriate actuator ports may result in improper operation of the ground spoilers, including asymmetrical deployment and operation during flight, which could lead to loss of control.”

Without question, this is one of the things that pilots can’t control. But we can look out the window once we’re lined up on the runway. Every pilot flying every airplane needs to do a safety check before takeoff. BFAT is what I learned in pilot training. You may have a different safety check – the order doesn’t matter. Verifying you are safe to go does.