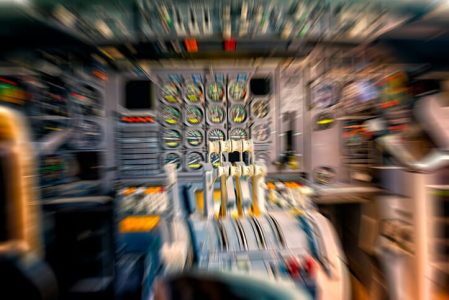 Pilot training with an emphasis on flying the aircraft

To all of you lone pilots out there, my utmost respect. I’ve been there, and I know how difficult it can be when things go wrong. Pilot training is adequate for normal operations and “routine” emergencies like engine failures and hydraulic problems. Still, when weird stuff starts happening, I’d give my right arm to have another pilot sitting in the empty seat next to me.

Even another pilot doesn’t guarantee a successful outcome if you don’t have at least one pilot flying the plane. Remember the Eastern Airlines accident in the Everglades? They had three pilots up front, and not one was paying attention to the airplane’s flight path. Instead, all three were trying to solve the problem of a burned-out landing gear light bulb.

Run the checklist and troubleshoot the problem only when you are in control. And if you ever start to lose control when you’re running the checklist, drop it like a hot potato and get back into the “Fly the airplane” mode.

A case in point is a King Air accident in Coleman, Texas, in 2020. The cause of the accident? The pilot was distracted from his primary task of monitoring the flight instruments while in IMC. He was trying to reset a circuit breaker when he lost spatial orientation and crashed into a field in Central Texas. All three onboard were killed.

I get it. During the initial climb, the pilot was in icing conditions and reported having problems with the de-icing equipment, so he requested a return to the departure airport. Right away, we know he was busy. He told the controller they “blew a breaker,” and it wouldn’t reset. I can imagine his eyes were focused on the circuit breaker panel.

The subsequent transmission reported faulty instruments and that he was pulling up. ATC received no further communication from the flight, and the last radar track showed a decreasing radius right turn, consistent with a loss of orientation. It’s easy to be a Monday morning quarterback in situations like this, but the reality is, we weren’t there. We will never know what caused the pilot to become so distracted that he lost control, but maybe we can learn something from this tragedy.

Did the problems with the de-icing equipment cause the faulty instruments? Or was the pilot spatially disoriented and didn’t trust the instruments, even if they indicated correctly? Did he look over at the co-pilot’s instruments to compare readings? Did he use the primary backup instruments? All of this comes under the heading “Flying the airplane first.”

The initial report given by the pilot was light icing on the climb. He never got higher than 12,000 feet, so we don’t know if he would have climbed out of the icing, but he elected to return to the departure airport with the equipment failure. I wonder if he had just ignored the de-icing problem and concentrated on flying the airplane back to the airport, would it have been an uneventful landing, despite the ice buildup on the plane?

So many questions. So many thoughts of “what would I have done?” Pilot training cannot prepare us for every malfunction or unusual situation. Still, if it does one thing for us, it should unequivocally drill into our heads that we must fly the airplane before addressing any abnormal condition or emergency.