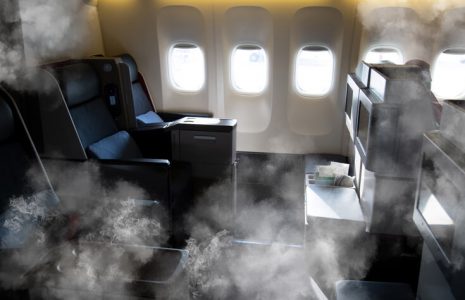 Realistic pilot training for smoke and fire is critical

Every time I go to pilot training, I cheat. The instructor inevitably asks me if I want to don my oxygen mask and smoke goggles, and go through the high dive as realistically as possible, and I always say no. Whether it’s a Covid excuse (those masks are full of germs), or I have enough to think about during the emergency without trying to get that contraption on my face, I always choose not to go through the actual drill.

I see the absurdity of my own words. If I’m distracted during a practice high dive in training, what the heck is my reaction going to be if it happens for real? I can’t imagine a more terrifying real-life scenario than an actual smoke or fire occurrence, and I’m now making the decision never to say no again. So from now on, it’s the full mask and goggles for me, including configuring the audio panel so that I can speak and hear the controller AND my flying partner.

Granted, an in-flight fire or smoke emergency doesn’t happen often, but it does. I was reading about one particularly harrowing account that occurred in the night. It took 8 seconds for the entire cockpit to be engulfed in smoke; neither pilot could see anything inside or outside the cockpit. Even the flight instruments and navigation devices were completely covered in the thick smoke.

The crew was fortunate in several ways:

Knowing exactly where the bleed valves were located by feeling alone helped the pilot find the problem and turn the valves to the “environmentally off” position. The smoke immediately began to diminish, allowing the crew to see at least a portion of the instrument panel, which indicated a problem with the right engine.

It also makes me wonder why blind cockpit drills aren’t mandatory. Suppose you’re utterly blind because of massive smoke in the cockpit. Can you find the generators, the batteries, the bleed valves, the dump valves, the manual pressurization switch, and every other item on the emergency smoke and fire checklist? On top of that, add in some honest-to-goodness panic and now try to find everything.

Also, are you proficient in donning your mask and goggles, or have you only done it once or twice in initial training? The pilots in this emergency wished they had practiced more because even finding the masks in the blind was challenging. Blind is blind.

Those goggles aren’t always great either. Their goggles did not seal correctly, meaning they would have been useless if the smoke had been electrical. They subsequently decided to purchase sealable swim goggles and keep them in a readily available location in the future. What a great idea! I may do the same.

The bottom line for the successful outcome for this crew was their excellent pilot training and standardized procedures within the company. Crew verbal and non-verbal communication was severely degraded during their emergency, so knowing what to do without being told probably saved their lives. Maybe sim instructors should not be allowed to offer a choice regarding smoke and fire emergencies. It should be as realistic as possible every single time.