The Decision to go-around 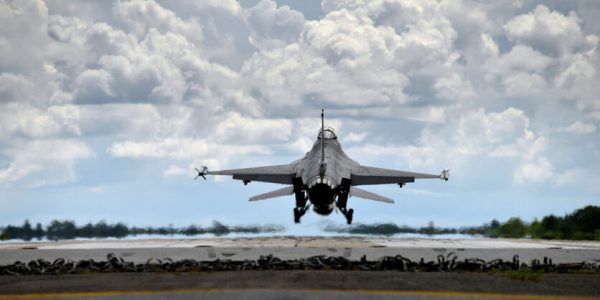 When to stay and when to go

When progressing through flight training in the military, a go-around was one of the first maneuvers I learned. At the same time, we are taught that taking a conservative approach to flying is the safer route to take. There is usually a correlation made between going around and being safe, as if one ensures the other. This is not always the case though. Rather, it is imperative pilots learn proper procedures and sound judgment because without them a go-around is may tip the scales toward more dangerous than safe.

Flying in the military included the pressure of knowing that failing a ride or rides consecutively, as determined by the syllabus, had the power to end my career permanently. Obviously, this contributed to the stress, pressure and anxiety so many pilots must learn to mitigate and manage early in their careers. While many students were blessed with good hands and could feel the plane, anticipating what would be required next, I was not one of them. Instead I relied on being a conservative pilot, avoiding any undue risk. From the very beginning this mentality made me quick to call a go-around. Momentary instability on the approach “on the go”, airspeed trending out of limitations “on the go”, feeling less than confident, you guessed it, “on the go”. This mentality quickly backfired on me though while in the process of learning how to land my third airframe. It was my first sortie in the plane. Nothing was atrocious on my approaches although they were far from picturesque. My instructor sat there quietly, providing minimal advice and performing the procedures required of him, as I called go-around after go-around. When we landed I felt confident that the sortie had been effective. I landed the plane several times and they were well executed. However, as soon, as we sat down to debrief my instructor informed me that I had hooked the ride.

This was a painful but important lesson. Yes, I had been “conservative” and the landings performed were well within standards. What I was lacking though was sound judgement. The reality was that my approaches were all safe and my go-arounds were unnecessary. This raises an interesting issue; when is a go-around safer?

The Danger in Landing

The landing phase of flight consistently results in providing the highest number of annual accidents and incidents. Of those accidents, less than 2% result in a fatality. In comparison, go-around related incidents are much less common. However, of the go-around incidents 20% cause result in one or more fatalities. This drastic increase can most likely be contributed to poor procedural execution. The point being, go-arounds are not always the safer option, nor do they always ensure a better outcome. An unnecessary or poorly executed go-around can in fact be more dangerous. Luckily, failing that ride taught me a lesson in judgement that I have used to mitigate risk throughout my career. I would go on to perform several approaches in combat zones that would have resulted in me calling a go-around years earlier. My approaches were not always pretty, but a quick crosscheck oftentimes let me know that I was still within tolerance confirmed the continue-to-land decision. Most importantly, learned judgement helped me to apply risk management as I assess the situation and weigh the risks; risks that I’ll gladly accept should an approach fall outside of the bounds of acceptable tolerances.

The final outcome of any flight should not be the landing, but the knowing that every phase of flight was a conscious effort to continually evaluate and maintain situation awareness and the execution of proper aeronautical decision making, crew resource management, and pilot action (or inaction).