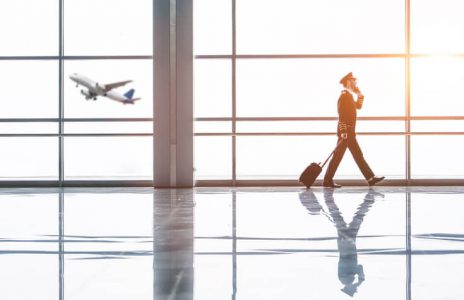 There has been talk of the growing pilot shortage for years. However, there are many misconceptions surrounding it, including the potential severity. The reality indicates the pool of eligible replacements is limited and the shortage will be long-lasting.

The Airline Safety Act of 2010 mandated that all airline flight crewmembers, including first officers, hold an Airline Transport Pilot Certificate (ATP). This effectively made 1500 hours the minimum requirement for all airline pilots. There are other obvious regulations that limit the pilot pool. Perhaps, one of the most widely discussed limitations relates to age. In the 1950s the federal government mandated that pilots must retire by the age of 60. Then, in 2007 President Bush signed a bill allowing pilots an additional 5 years, assuming they passed all necessary medical examinations, advancing the mandatory retirement age to 65. Furthermore, all pilots on international flights over the age of 60 must be accompanied by a pilot under the age of 60. Other pilot groups that are severely limited and underutilized are pregnant women and mothers. The FAA provides little guidance on this matter with FAR 61.53 stating that no person who holds a medical certificate issued under part 67 “may act as pilot in command, or in any other capacity as a required pilot flight crewmember, while that person knows or has reason to know of any medical condition that would make the person unable to meet the requirements for the medical certificate necessary for the pilot operation”. However, a very serious, ongoing debate goes on as to whether or not this applies to pregnancy at all and if so when. The same ambiguity continues to surround new mothers and nursing mothers as well, where very little guidance is provided. Regardless of their soundness, policies such as these further limit the number of pilots available to meet airline demands.

Due to the costly training and extensive hours required to become competitive in the airline industry the number of people pursuing a flying career is limited. Yet, the demand for these pilots is only rising. It is estimated that between 2017 and 2027 over 40% of active airline pilots will be forced to retire. One figure calculates that to abate the pilot shortage and keep up with the growing demand a fully qualified pilot would need to be produced every 15 minutes for the next 18 years. We can expect this figure to be further exacerbated by the exclusion of low-time pilots and the lack of accommodations available to meet the needs of the steadily growing female pilot population. The airline industry has been making efforts to adapt to these less than ideal circumstances for years. This is best evidenced by the recent wage raises throughout the industry. However, the question remains if the industry will be able to evolve rapidly enough, and if not, what will the result be?

What can we do to help in this area? Become a mentor and advocate for aviation. Help foster interest and enthusiasm for aviation. Consider providing paid aviation internships, sponsoring a flight school or flight student. Help pave the way for others and let’s see if we can deepen the pool and close the gap.

PrevPreviousPilot Training and the Boeing 737 Max 8
NextRoadmap for the Sky: How to Read an Aviation Sectional ChartNext