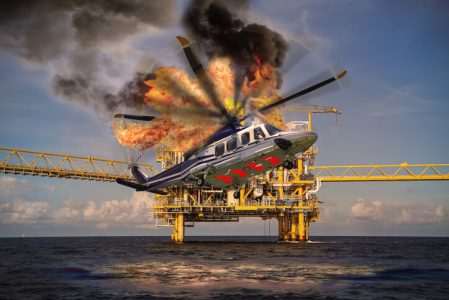 Underwater egress pilot training may be a lifesaver

There are two things about pilot training that terrify me. One is something I’m fairly certain I’ll never have to do – the high G centrifuge training for fighter pilots and astronauts. Just watching that thing makes me pass out. The second is underwater egress training, and that, unfortunately, is becoming more of a possibility with every passing day.

The boss is talking about stretching our wings and trying out some new destinations. Far away destinations. Destinations that will require flying over very large amounts of water. Now, I know that overwater flights are as routine as can be these days, but my boss wants to make sure we’ll be ultra-safe. He wants us all to complete underwater egress training.

I’ve had the “pleasure” of doing the Part 135 water training which includes throwing ourselves into a raft that appears to be 2 stories high when you’re looking at it from water level, but there was no rotating basket that was meant to disorient and terrify its occupants. I guess that’s what I have to look forward to in this next phase of training.

So does it help? Is it worth the agony of going through the underwater escape training? Well, actually…yes. The crew of a recent helicopter water accident attributes their very survival to this specialized training. The highly experienced Sikorsky Skycrane crew found themselves in the exact scenario that they had trained for when their tail struck the water during an attempt to refill their water tank.

The tail rotor detached and the helicopter rotated rapidly, coming to rest submerged on its left side. The crew said that they couldn’t see a thing under water and there was also jet fuel contamination. But miraculously, their training kicked in.

They identified both their harnesses and the nearest exit to orient themselves. They did not unbuckle their harness until all motion stopped and they waited until the last possible second to draw a breath before escaping. All 3 escaped unharmed, with the exception of a knee injury. Without the training, it could have ended very differently.

This type of training is designed for both helicopter and fixed wing pilots (and passengers) and is clearly worth the anxiety it is known to cause. But if you are really dead set against being dumped upside down in the water, there is another alternative. A Canadian seaplane pilot who barely survived a water accident himself recently created a “dry” egress course for pilots and passengers who are not able (or don’t want) to endure the real deal.

Whatever method you choose, there is no doubt that you will be better prepared for surviving a water ditching with the additional pilot training. Even as technology continues to make flying safer than ever, you just never know when basic egress training will be the thing that actually saves your life one day.