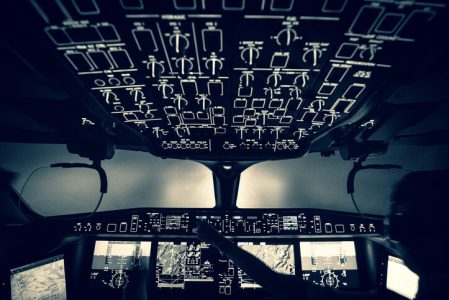 And rightly so, because few other combinations have the potential for such deadly consequences. Think about it, if the electrical system quits, you could lose your flight instruments, your navigation, and your communications all at once. Even just one of those things will ruin your day. Throw in some severe weather, bad icing, or super low ceilings and you have the potential to ruin your life.

Case in point: “Sabreliner lost after an unspecified electrical failure.” Ughhhh. It sends chills down my spine—unspecified electrical failure. In April of 2019, a Sabreliner departed Oxford, Mississippi, on an IFR flight plan to Hamilton, Alabama. They didn’t make it very far. The Captain reported AC voltage problems in his next-to-last transmission, but the exact nature of the problem was never determined.

The Cockpit voice recorder (CVR) did pick up a discussion regarding “unknown system anomalies.” A few minutes later, the jet entered a descending right turn and crashed at a very high speed into the woods below. The pilots and passenger were killed and many of the airplane components could not even be identified because of the crash severity. What could have happened?

The CVR picked up bits and pieces about a filament, the avionics master, and the autopilot, among other things, but never recorded either pilot referencing an emergency checklist. Clearly, they were having electrical problems, but the weather might also have been a factor.

ATC notified the crew of moderate to heavy precipitation along their flight route, and moderate to severe precipitation was also reported in the area. The aircraft began deviating erratically, so much so that the controller asked the crew if they were deviating for weather or if they were having navigation problems. Moments later, the aircraft turned right again and disappeared from radar.

I get it. Think about the confusion they must have experienced with so many things happening all at once. Various instrument failures, unknown electrical issues, possibly moderate to severe precipitation and/or turbulence – It sounds like they didn’t even have time to think about a checklist.

We train in our safe, warm simulators for system malfunctions, but it doesn’t even come close to the real thing. Loss of situational awareness can happen in an instant, especially in the dark with turbulence. This crew had a handful. I’m not sure what anyone would have done differently, but maybe we ought to think about it while we’re safely on the ground.

At the very least, we should occasionally train using only the standby backup attitude indicator as a reference. Keeping the airplane level and right side up should be job one. Someone needs to be flying the plane, not troubleshooting. It’s impossible to say what these guys were going through, but when you add the distraction of adverse aviation weather, things go downhill fast. Requesting the failure from hell is never fun in the sim, but it just might save a life someday.